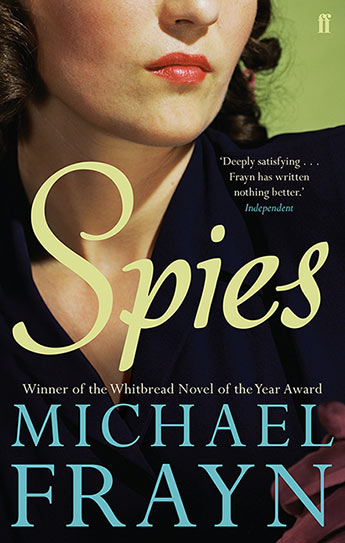 Zustand:  ( gut ) = Exemplar mit normalen Gebrauchsspuren, mehrmals gelesen, ( Leichte Knicke am Einband oder einzelnen Seiten, evtl. Namenseintragung oder Stempel,vergilbte Seiten bei älteren Exemplaren ).
Beschreibung:  In the quiet cul-de-sac where Keith and Stephen live the only immediate signs of the Second World War are the blackout at night and a single random bombsite. But the two boys start to suspect all is not as it seems when one day Keith announces a disconcerting discovery: the Germans have infiltrated his own family. And when the secret underground world they have dreamed up emerges from the shadows they find themselves engulfed in mysteries far deeper and more painful than they had bargained for. Winner of the Whitbread Novel of the Year Award.

Portrait:  Michael Frayn was born in London in 1933 and began his career as a journalist on the Guardian and the Observer. His novels include Towards the End of the Morning, The Trick of It and A Landing on the Sun. Headlong(1999) was shortlisted for the Booker Prize, while his most recent novel, Spies (2002), won the Whitbread Novel Award. His fifteen plays range from Noises Off to Copenhagen and most recently Afterlife. He is married to the biographer and critic Claire Tomalin.